March on Washington for climate change

As an EcoBroker, I am very connected with what is going on with the environment and also any environment political actions. Everything has a trickle down effect to the housing market. Unfortunately with recent politicians, there have been various "rollbacks" to environmental protections and climate policies that President Obama put in place.

Today a Climate March took place in Washington DC, where 200,000+ people marched with signs to bring awareness to these pertinent issues. Coincidentally, the heat in Washington DC was uncharacteristically high at 91 degrees. 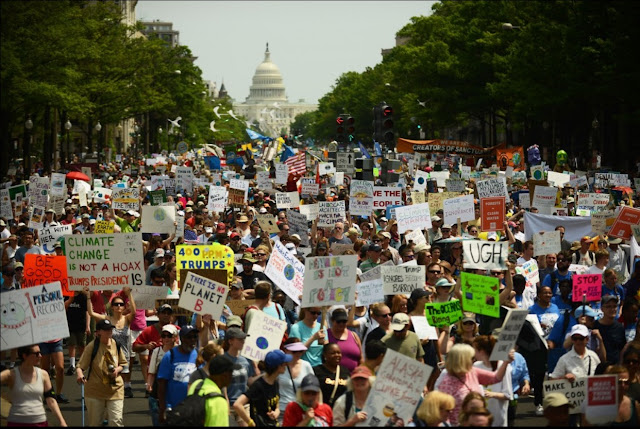 I strongly believe everyone needs to do their part in reducing their carbon footprint, such as reduce/reuse/recycle, and more policies need to come about to protect our land and resources. It's very unfortunate that the current president has weakened environmental protection agencies, it's groups like these that help to collect environmental data and regulate what's going on!

We only have 1 planet to live on, we must love and protect it.  🌏

Link to a Washington Post article about the march is below:

Earth Day was Saturday! 🌿 What a beautiful day to send extra love and appreciation for Mother Earth and all her resources. What did you do to celebrate?  (I was at a wedding! ;)

Here is a list of 9 things you can do on Earth day, or any day: 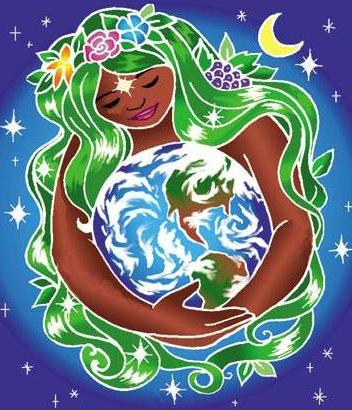 Posted by Unknown at 1:56 PM No comments:

Solar energy on the rise


I found this article on USA today in regards to energy sources and solar power. I'm thrilled California is setting this example for utilizing natural energy, and that the industry is continuing to grow!


Solar power shines bright in California, and wholesale energy prices prove it.
Last winter and early spring’s dependence on solar drove wholesale energy prices to negative prices, according to the U.S. Energy Information Administration.
Solar power in the California Independent System Operator accounted for nearly 40% of net grid power for three hours on March 11, 2017, the administration reports —a major first.
These figures don’t translate for the consumer into retail prices, which are based on averages. But the move will likely cause energy companies to pay more attention to green energy options.
Solar represented 13% of California’s power last year, according to the administration.
America's solar industry now employs more than a quarter of a million people after a breakneck year that saw employment grow by a record 25%. That growth is expected to continue into 2017 as low-cost solar panels nudge coal and natural gas out of the electricity marketplace.
California led the country with 100,050 solar jobs in 2016, according the nonprofit Solar Foundation. That was up from about 75,600 solar jobs in 2015. The nation's solar workforce grew from 209,000 in 2015 to more than 260,000 last year, the fastest growth the Solar Foundation has seen in the seven years it's published such data.
"The solar industry currently has more (U.S.) workers than Apple, Google, Facebook and Amazon combined," said Andrea Luecke, the Solar Foundation's executive director.
Others around the nation are taking note of solar’s successes, too. Solar panels are showing up in the most unlikely places, even atop the Kentucky Coal Museum.
Posted by Unknown at 9:17 PM No comments: