They are not only beautiful to have around the house, but they are a good way to purify the air in your home by absorbing chemicals and pollutants found in the air.

For example, aloe vera emits oxygen at night, making it an ideal plant to have in your bedroom for a more restful sleep. Also the gel from the leaves can be used as a topical treatment cuts and burns, insect bites, and dry skin.
The English Ivy is a top plant for purifying air; it can improve symptoms of allergies or asthma, and can remove airborne mold.
A spider plant was found to reduce 90% of formaldehyde from the air in testing done by NASA. It cleanses the air and absorbs odors, and helps to sustain oxygen levels in rooms.

In a study done by NASA, they recommend 15-18 air purifying plants in an 1800 sq ft house with a few in each bedroom. Remember to check if any plants are toxic and to keep out of reach of children and pets. 🐾

So go ahead and go GREEN, make your home more green with plants!  😁 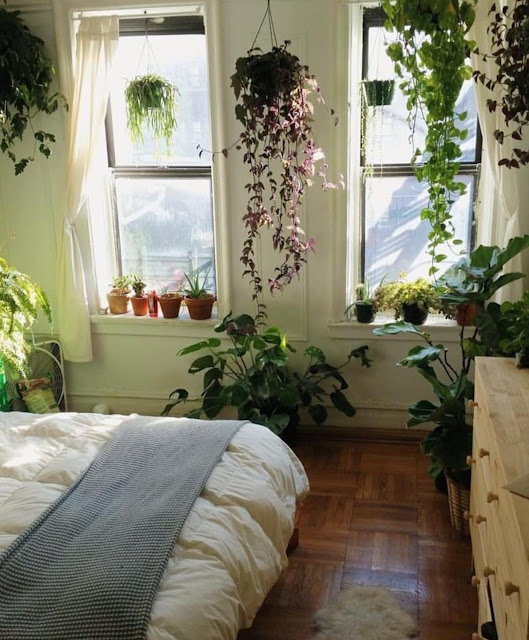 Posted by Unknown at 9:28 PM No comments:

An eco friendly tip in regards to home goods: Choosing products made from bamboo like sheets have many benefits for the user and the environment! 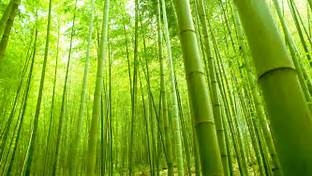 Bamboo is one of the fastest growing plants worldwide. It regenerates quickly without the need for replanting, grows densely and has higher yields per acre than cotton. Bamboo plantations absorb 35% more carbon dioxide than the equivalent stand of trees helping to clear pollution from our air. It requires no artificial chemicals in their cultivation thus rendering it a sustainable, environmentally friendly resource! It does not require additional watering and gets what it needs from rainfall.

Next time you are in the market for new linens consider bamboo products.

Appliances constantly running (refrigerators) and that operate often (washing machine and dryer) use a significant amount of energy in every household.

Every appliance comes with 2 price tags: the purchase price and the cost of operating the product. Sometimes it's hard to look past the purchase price "up front fee" to realize the amount of overall savings possible with a lower operating cost over time. This is true even for non property related products like a hybrid car-- it's a more expensive car but your monthly gas bill is significantly less! 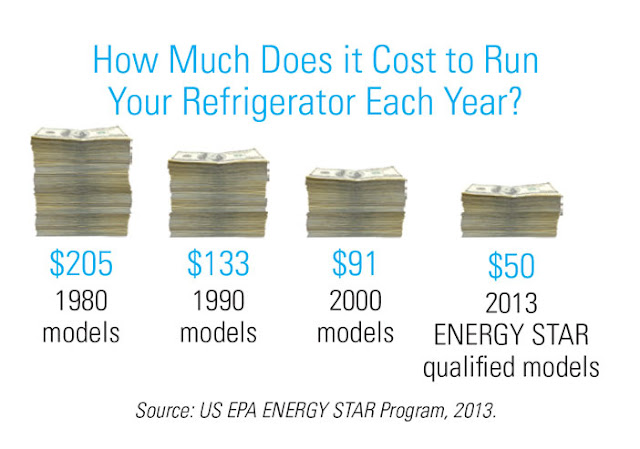 You can only control what you can control, right? With Southern California's severe drought some families have converted yards with grass and plants that need lots of water, to turf or low maintenance plants and rocks to cut cost and save water! This is a small savings to the water supply but every bit helps from every property.

Have you heard of the term xeriscape? It is defined as: a style of landscape design requiring little or no irrigation or other maintenance, used in arid regions.

The city of San Diego also offers rebates for changing property features to be more water efficient,  check out the website for more information:


Here are some examples of xeriscapes: 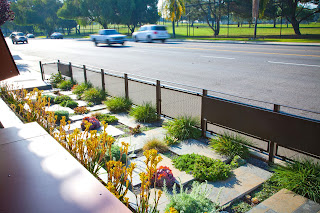 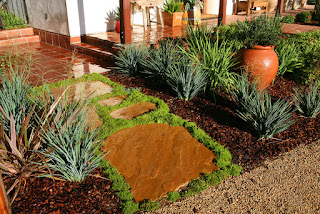 An article found on www.OurCitySD.com stated that according to Axiometrics research company, the average rent for an apartment in San Diego has gone above $2,000 a month! Specifically, it reached $2,005 in June 2017.

The rental market has been strong in San Diego for quite some time and will continue to stay strong as our city is such a beautiful and desirable place to live! By owning property and converting it into rental income you are setting yourself up for positive cashflow and a strong long term investment.

Do you know anyone whose rent has increased recently?

Now is the time to own real estate in San Diego while mortgage rates are low and you can get a fixed payment amount that will not increase.

The average monthly rent for a San Diego apartment has eclipsed $2,000 for the first time. According to Axiometrics Research, it reached $2,005 in June. So it’s two grand plus a cup of Starbucks' Caffe Mocha (Venti)  …
Rent has increased every month for the past six months, the research firm found.
If you rent, you weep.
If you own or invest in apartments, it’s a whole other story.
At least for now.
“San Diego continues its run as one of the strongest apartment markets in the nation,” said Jay Denton, vice president of analytics for Axiometrics. “However, a warning sign may be in place, since job growth has declined in April and May.”
The year-over year increase placed annual effective rent growth at 4.9 percent, the highest rate since October 2016’s 5.3 percent and good for the sixth highest nationwide among major markets, according to Axiometrics. Occupancy remained steady at 96.3 percent.
A March report by MarketPointe Realty Advisors had the average monthly rent for a San Diego County apartment at $1,748. In downtown, the monthly average was $2,149. So the rest of the city is apparently catching up.
Posted by Unknown at 11:48 AM No comments:

More houses are selling in SD and new active listings are declining all around California-- which makes for little inventory and an aggressive atmosphere for buyers! Mortgage interest rates are still historically incredibly low which is undoubtedly a contributing factor to the increase in sales.

California Association of Realtors reported that the number of houses that sold in May 2017 in SD County was 16.1 percent higher than April 2017. That's a big jump heading into summer!

Another interesting fact about California real estate, is that the median sales price in our region in May 2017 was $605,000. That number is $15,000 higher than the previous month in April 2017, and $40,000 higher than in May 2016!  Some may argue that many people are getting priced out of living in San Diego due to the higher prices.

I'm happy to answer questions about the home buying process that you may have.  With this competitive environment working with a professional who has been in the business for 10+ years is imperative!


The number of single-family homes that changed ownership in the San Diego region in May surged despite a continuing climb in prices, reflecting a trend that occurred throughout the state, the California Association of Realtors (CAR) reported Tuesday.
The number of houses that sold last month in San Diego County was 16.1 percent higher than the month before, and 4.1 percent above the same period last year, according to CAR data. Sales totals have been constrained because of a lack of inventory.
The median sales price in the region in May was $605,000, or $15,000 above April. The figure was $40,000 above that of May 2016.
CAR reported the median sales price for a house statewide in May was $550,200, the highest in almost a decade. That's 2.3 percent above April and 5.8 percent more than May of last year.
Statewide sales totals were 5.4 percent higher from the month before and 2.6 percent from the year before.
"Mortgage rates dropping to the lowest level since November could have been a motivating factor for the sales increase in May," said CAR President Geoff McIntosh. "The low interest rate environment, however, may not last long as the Federal Reserve's gradual rate hike and plan to reduce its balance sheet will likely lead to higher rates, and could change the momentum of the market."
CAR Senior Vice President and Chief Economist Leslie Appleton-Young noted a disconnect between buyers and available homes for sale will continue to elevate prices and worsen the affordability problem.
New active listings around California declined for the 23rd straight month in May, falling 12.4 percent from a year ago. The drop, associated with May's heightened sales figures, will combine to make the inventory problem even worse, according to CAR.

This article makes me so happy to read about the popularity of energy efficient construction and features! (Link below from OurCitySD.com)

A LEED (Leadership in Energy and Environmental Design) designation is one of the most popular green certification programs used worldwide. The Executive Director of the US Green Building Council in San Diego reports that in 2016, San Diego had the largest number of new LEED registrations since 2003. It is now the trend to have energy efficiency in new construction and standards are getting higher and higher. This is great news! San Diego truly is the finest city 👊

A local architectural firm BNIM San Diego states they are shifting away from petroleum based products and they are designing net-zero buildings, meaning the total amount of energy used by the building on an annual basis is roughly equal to the amount of renewable energy created on site. I hope to see more companies following their lead on green construction.


The siding on architect Eric Naslund’s home is made from rice husks.
“It formerly was kind of a waste product from the production of rice,” said Naslund, a principal at Studio E Architects in downtown San Diego.
No longer. Rice husks are abundant, tough to burn and resistant to fungus. What’s not to love?
A host of green innovation is taking place in the construction industry today.
“Recently, we did a high-rise downtown where we draped a 160-foot photovoltaic panel down the side of the building,” Naslund said. “That kind of technology wasn’t available to us 20 years ago.”
That photovoltaic panel is at Celadon, an affordable housing project. It’s one of the tallest solar systems in the nation and provides power for the structure’s common areas. The LEED Gold certified building sports a rooftop with 4,000 square feet of vegetation to minimize heat absorption from the sun, along with of host of other sustainable features.